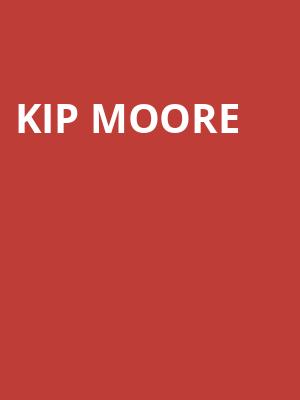 One of country music's most tireless and powerful live draws.

ONE OF COUNTRY'S BIGGEST TALENTS!

After the success of his After the Sunburn tour, Kip Moore has finally returned with a brand new tour - and new music! The country crooner established himself as 'One to Watch' on the Nashville scene after his debut 'Up All Night' was named the best-selling album by a male in both 2012 and 2013.  Some say he's got what it takes to oust the likes of Kenny Chesney and take the pop-country throne. With gravel-toned vocals and a penchant for rocking out, Moore certainly has that special something. Catch him live when he takes on North America once again in 2021.

Following a meteoric rise and quick graduation to headline act, the rocker maintains a down to earth and easy-going attitude that comes out on stage, especially when performing his crowd-pleasing party anthems, encouraging the audience to let go and have a party themselves. His raw energy and honest emotion make him one to watch in an industry over-saturated with pumping party tunes.

Had a great time at the Kip Moore concert. Not only is he easy on the... more

Kip Moore has been one of my fave country rockers and I have all of his... more

Sound good to you? Share this page on social media and let your friends know about Kip Moore at Main Street Armory.